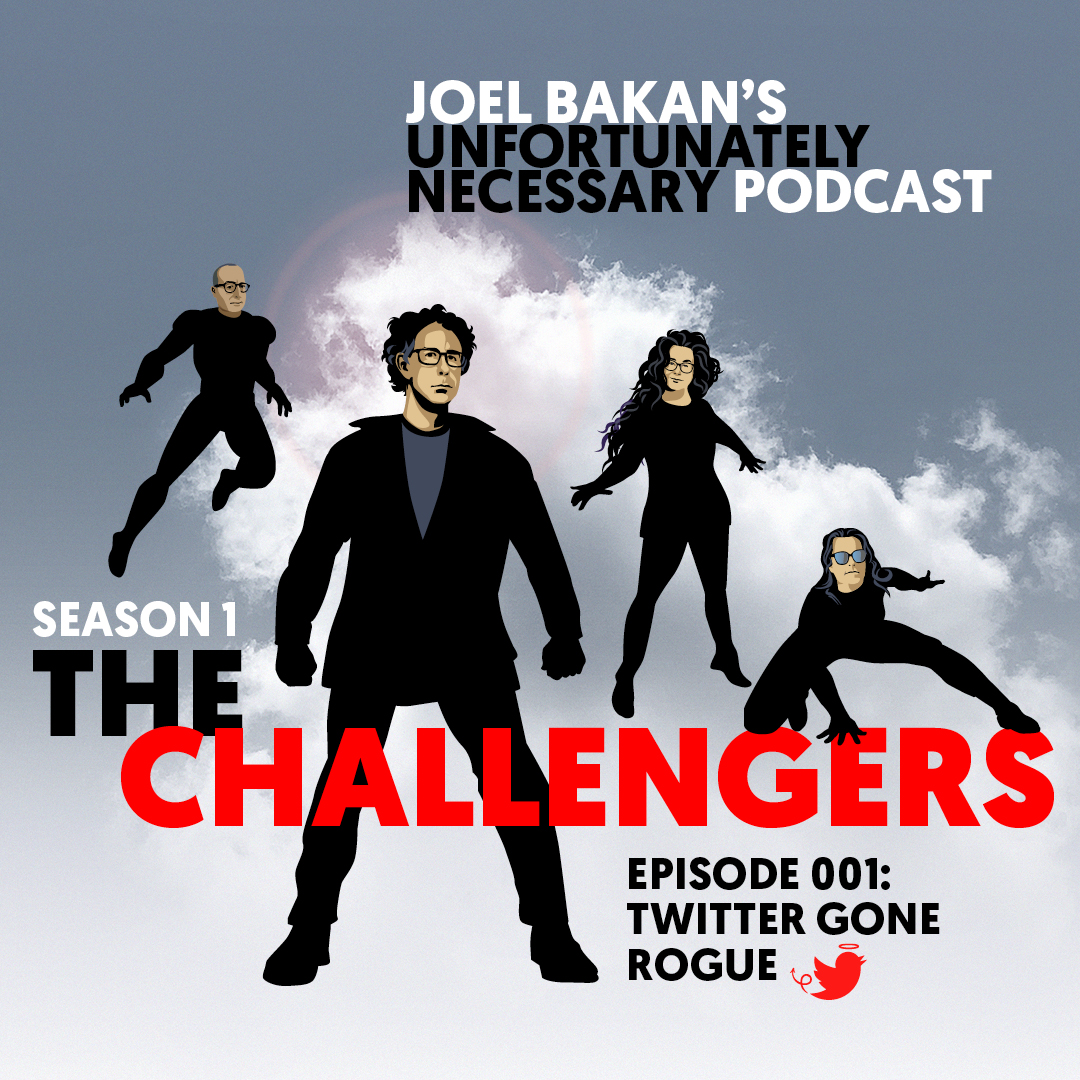 Here at Cool.World we have a vision that the power of big data to do good should not be thwarted. Everything we are about is working to unleash this power in positive ways for progressive groups while we also work also against the harms that unchecked business as usual (AKA capitalism and colonial extractivism and white supremacy) can do.

So why are we involved in a lawsuit against Twitter and the Government of Canada you may ask? The story starts with the trailer for The New Corporation. Check it out…

It boils down to Twitter refusing to sell The New Corporation ads for the trailer. Without giving any good reason.

You can find out about the case on our website. And you can listen to author and filmmaker Joel Bakan’s podcast – the Twitter Gone Rogue episode.

Our involvement is a longer story!

Cool.World’s CEO Kat Dodds has a storied history with The Corporation films starting with the original back in 1999. At that time she founded Hello Cool World Media in order to be ready to do the grassroots marketing for the film. The 2003 launch pre-dated social media as we now know it. She set up the Twitter account @corporationfilm several years after the film had launched. Those were the heady days when activists could build up a following and reach their communities using these powerful tools. As Impact Producer for both The Corporation and The New Corporation, it was (and is) Kat’s job to balance traditional marketing with cause-related engagement and calls to action around the issues raised by the film.

As The New Corporation was being finished, Kat, along with co-founders Jen Evans and David Griffith created Cool World Technologies, a start-up SaaS platform with the intent for it to become the tool we needed, as well as others with a project or film with a message, to reach niche audiences on and off the social media platforms. Our vision was to combine old-fashioned grassroots networking and list-building, educational and organizational distribution, with optimizing ads on social platforms, using responsible tools for retargeting and honing in on progressive niche audiences.

With the sequel we planned to build on the audience that had started organically over the years since the film was released, using the social channels we owned and already had up and running, enhancing our reach with paid advertising using our tools to optimize this outside of the demographic limits within the platforms themselves.

And we had a contract with the production company to market the film’s launch – with a mandate to buy ads on social media for the trailer. Because, as we all now know, organic reach is abysmal compared to paid. We wish this was not the case, but it is.

Our launch was made even more complicated by the closure of theatres due to COVID at the very moment we were premiering. It became essential for us to promote the trailer on social media, Twitter in particular, in order to get any attention for the film, and in effect to do our job.

Enter Joel Bakan, co-director of the film (with Jennifer Abbott) author of the book, the film is based on, AND a constitutional lawyer and professor of law at UBC.

When he examined the correspondence between our team and Twitter he was both outraged and intrigued. There was a case here, and it went beyond just our own grievances about our film. It was about democratic free speech itself.

Joel brought in some of his legal colleagues, and in quick summary, co-counsel Sujit Choudhry and Joel Bakan are suing Twitter, in Joel’s words:

“ We are suing Twitter for censoring the trailer for my film, The New Corporation. And we are suing the government for failing to protect core democratic speech on Twitter and similar social media platforms.”

He continues: “We do not claim free speech should be absolute. Twitter and governments should be able to block speech that is harmful, including speech that is hateful, racist, harassing, provocative of violence and so on. We strongly support initiatives in that direction. But we also believe that speech about ideas, that is not harmful, and that is at the heart of democratic discourse – like our film and trailer – should be protected.”

“Our argument against Twitter is that the interplay between contract law and constitutional law imposes duties on the platform to permit core non-harmful democratic speech. Our argument against Canada is that it has a constitutional duty to protect such speech on Twitter and similar platforms. Put simply: A US for-profit corporation should not be dictating the terms of democratic debate in Canada!”

Cool World and CEO Kat Dodds are essential in the lawsuit against Twitter since we are the owners of the channel, and the ones who, by attempting to buy the ads, were the ones in the contract with Twitter. However the case against The Government of Canada has more plaintiffs, the producers of the film and Joel are also plaintiffs in this case.

We all believe this case has huge implications – not only in Canada, but worldwide – for reining in social media companies’ current impunity and arbitrary power over what can and cannot be said on platforms that are, in effect, democratic public squares.

Litigation is expensive, and while Sujit and Joel are doing this case for free, there are still a lot of expenses.

You can support our GoFundMe if you want to help, every donation of every size gratefully received. Thank you!