A Digital Curriculum for Harm Reduction Awareness + Bevel Up Screening

Cool.World, NFB, and the BC Nurses' Union

Presented by Cool.World, the NFB, and the BC Nurses’ Union, with the support of the Canada Council for the Arts, this salon launches the newly created digital curriculum created by former street nurses for the harm reduction documentary and teaching tool Bevel Up. 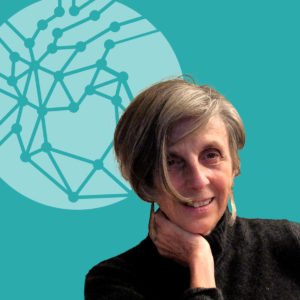 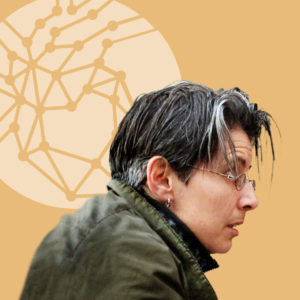 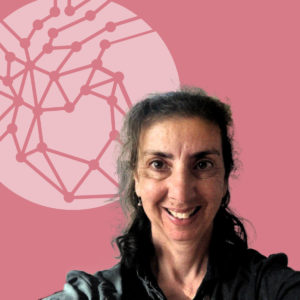 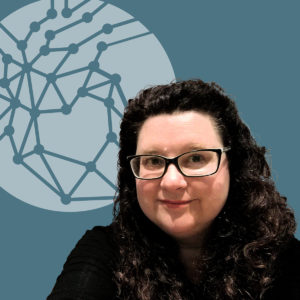 Moderated by Cool.World partner Kat Dodds in conversation with former Street Nurse turned educator Caroline Brunt, RN and harm reduction activist Yasmin Winsor, and award-winning  filmmaker Nettie Wild this webinar invites you to watch Bevel Up on our community screening platform, support the campaign to get the film into nursing schools, and call on all levels of government to  “Legalize Compassion.”

Since the Bevel Up project, directed by Nettie Wild, launched in 2007, the opioid poisoning crisis has reached record levels. With Covid-19 further increasing the dangers. Yet recent studies in nursing journals reveal that today’s students are less prepared to respond to the crisis than they were a decade ago. To address this issue, the NFB released the award-winning documentary online along with all the teaching extras. Now, with a goal to “teach compassion”  the team will unveil an all new outreach hubsite with unreleased curricula designed for Nursing Schools around the country. This webinar looks at how we can create digital tools to make crucial information more accessible and break down barriers to awareness.

Bevel Up was created in 2007 by acclaimed filmmaker Nettie Wild, the outreach nursing team from the BC Centre for Disease Control (BCCDC) and co-produced with the National Film Board of Canada (NFB). Bevel Up is award-winning documentary and learning resource to help healthcare workers deliver compassionate trauma-informed care to people who use drugs, is available now as free online harm-reduction content at NFB.ca For people who use drugs, having their basic rights recognized and receiving proper health care without judgment is the focus of the project.  Along with its re-release on the NFB site, Cool.World has created the microsite BevelUpOutreach.com to house the new interactive curriculum and operate as an outreach hub for issues related to the issues of drug policy, decriminalization, safe supply and of course – to address healthcare inequities. For this screening we have included the 45 minute documentary and several of the teaching material clips that relate to our discussion. 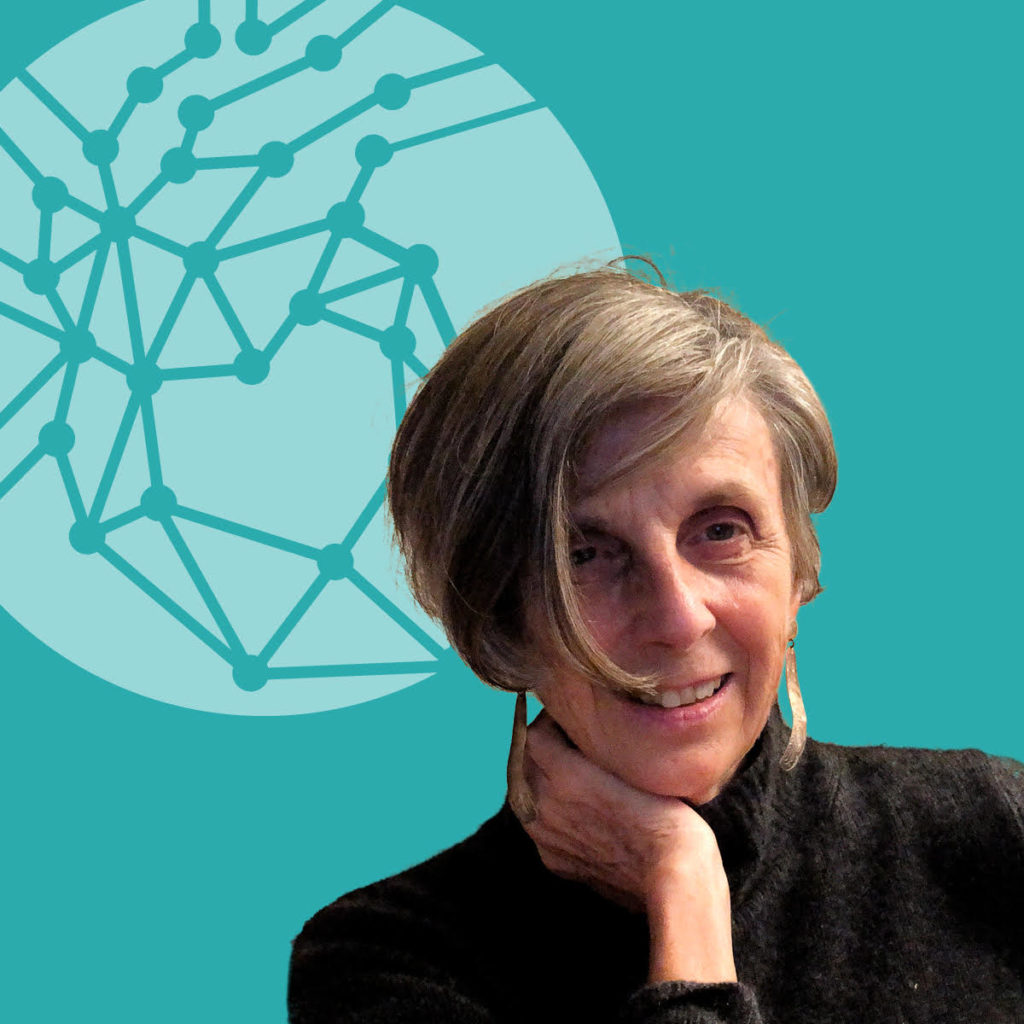 Nettie Wild is one of Canada’s leading documentary filmmakers. Her award-winning highly charged and critically acclaimed films have brought her audiences behind the frontlines and headlines of revolutions and social change around the world. Her award winning documentary features include : KONELINE: our land beautiful (2016); FIX: The Story of an Addicted City (2002), A Place Called Chiapas (1998), Blockade (1993) and A Rustling of Leaves: Inside the Philippine Revolution (1988). Nettie Wild’s films have been distributed theatrically, and broadcast in Canada and internationally.  Her latest projects explore new forms of storytelling: UNINTERRUPTED  is a public art installation first exhibited in the summer of 2017, a 25-min digitally-mapped  projection using unique underwater footage of the Adams’ River sockeye salmon migration. Now going VR this summer!  And recently she became “Dr. Nettie Wild” – Emily Carr University granted Nettie an honorary doctorate in recognition of her outstanding body of work that for decades has taken audiences inside social change around the globe. 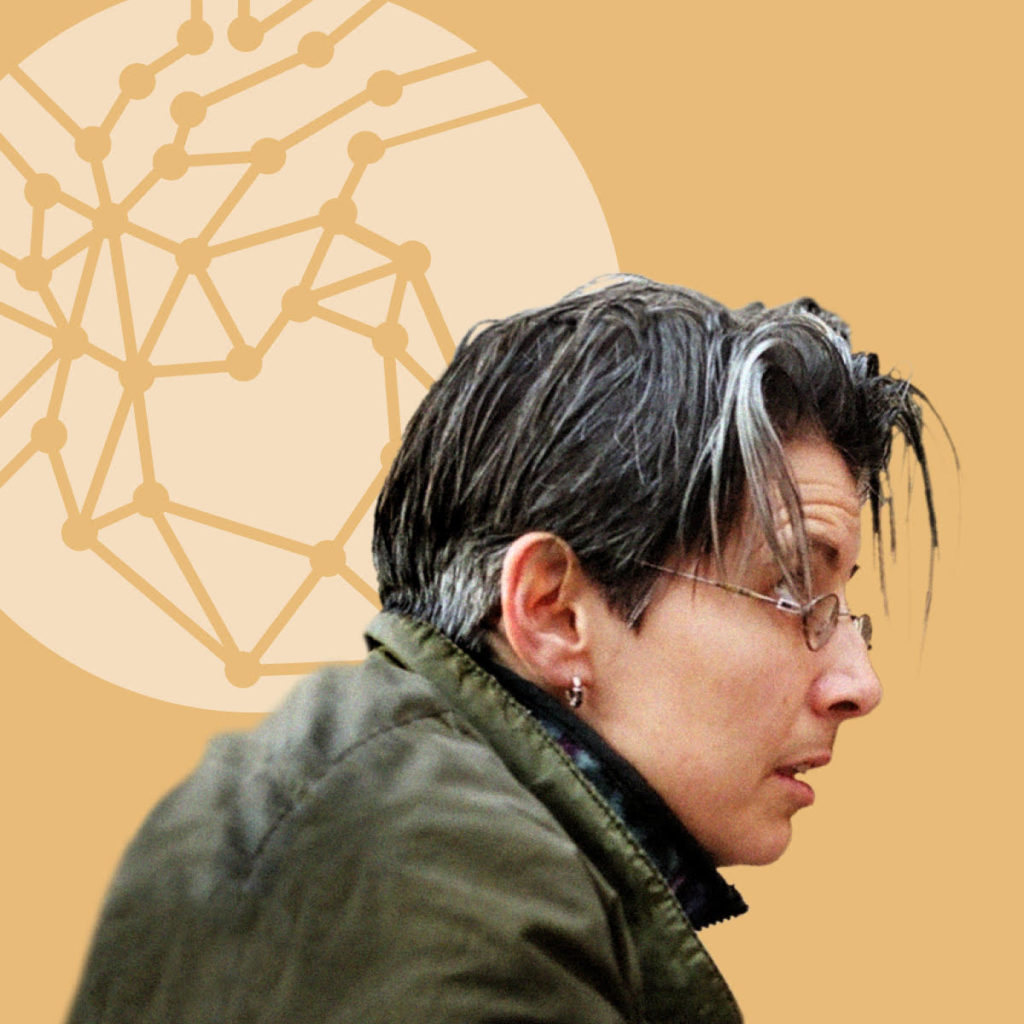 Caroline Brunt, is an RN and a Nurse Instructor with Vancouver Community College. As a  former street nurse, part of the BCCDC team of 12 Registered Nurses and 2 Health Care Workers, she was active in the filming of Bevel Up. As a transplant from London, Caroline describes how she had to unlearn judgement to do her job as a street nurse in Vancouver’s downtown Eastside. The message of Bevel Up, and the work of areas of focus are in addressing the health inequities who use drugs or who are sex workers, starting with the nurse who is there to deliver care. Since 2007 ‘harm reduction’ has become a household name in health, and other health authorities have taken on the mantra and created what they feel is ‘outreach’ and that’s delivered across the province and country in different ways. As part of the ongoing legacy of Bevel Up and it’s on-the-ground insights, Caroline is now involved in creating the new curriculum we are now launching. 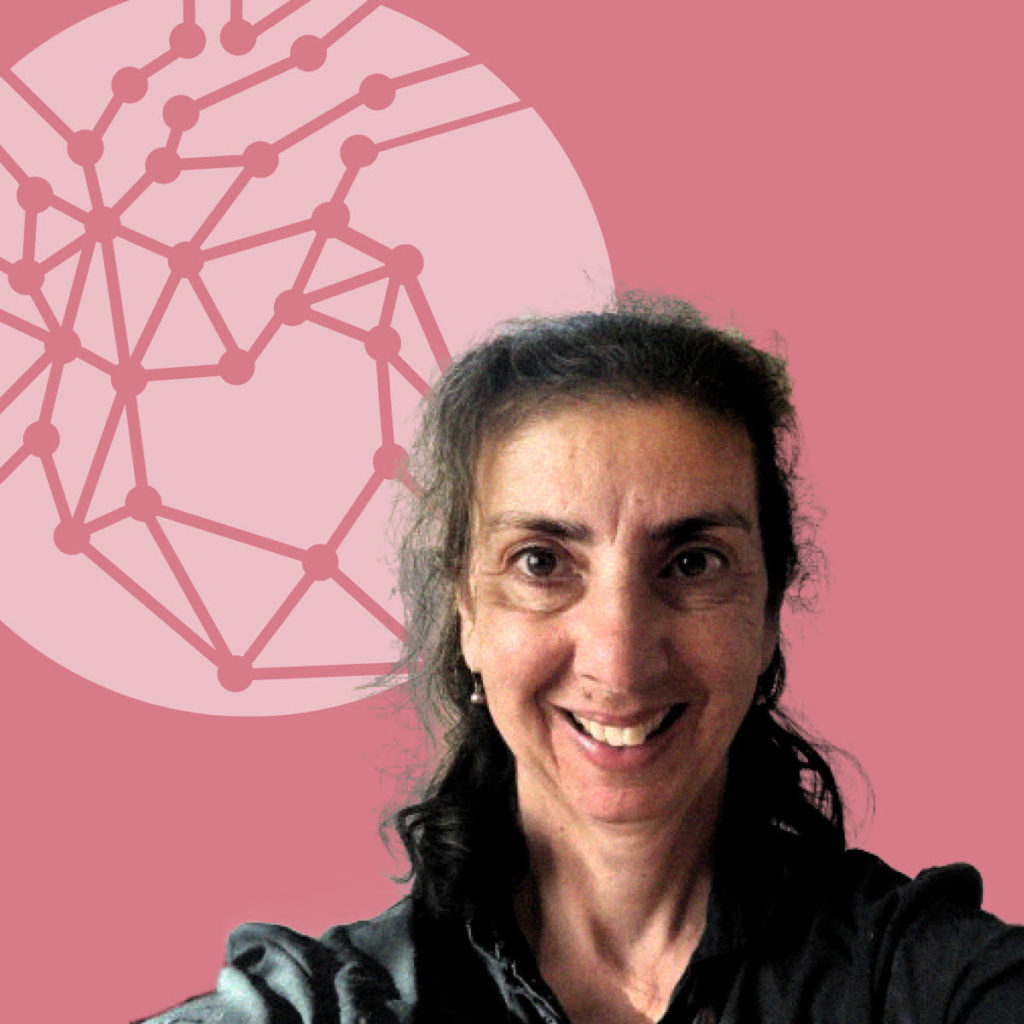 “I have heard many stories of injustices, I feel I am a witness to the ongoing genocide on these lands, It is heartbreaking. I have made some beautiful heart connections with people. This is what sustains me and allows me to show up and be there for people.”

Yasmin Winsor has been a nurse since 1988, graduating from VGH school of nursing and completed a degree in nursing at UBC. For her first 10 years in nursing, she worked in the hospital. In 1999, she transitioned to the community and worked at Every Women’s Health Collective and the sexual assault team.

Yasmin later moved to the Street Nursing Program, where she stayed for 15 years. During that time, she had the great fortune to work with some amazing nurses who were committed to making changes to the folks who were the most marginalized. One of the initiatives was working alongside Chee Mamuk, travelling to reserves and offering HIV, STI and harm reduction education. These past 5 years, Yasmin has been working with the VCH STOP team in a case management role. She follows about 40 people who have HIV, mostly Indigenous. 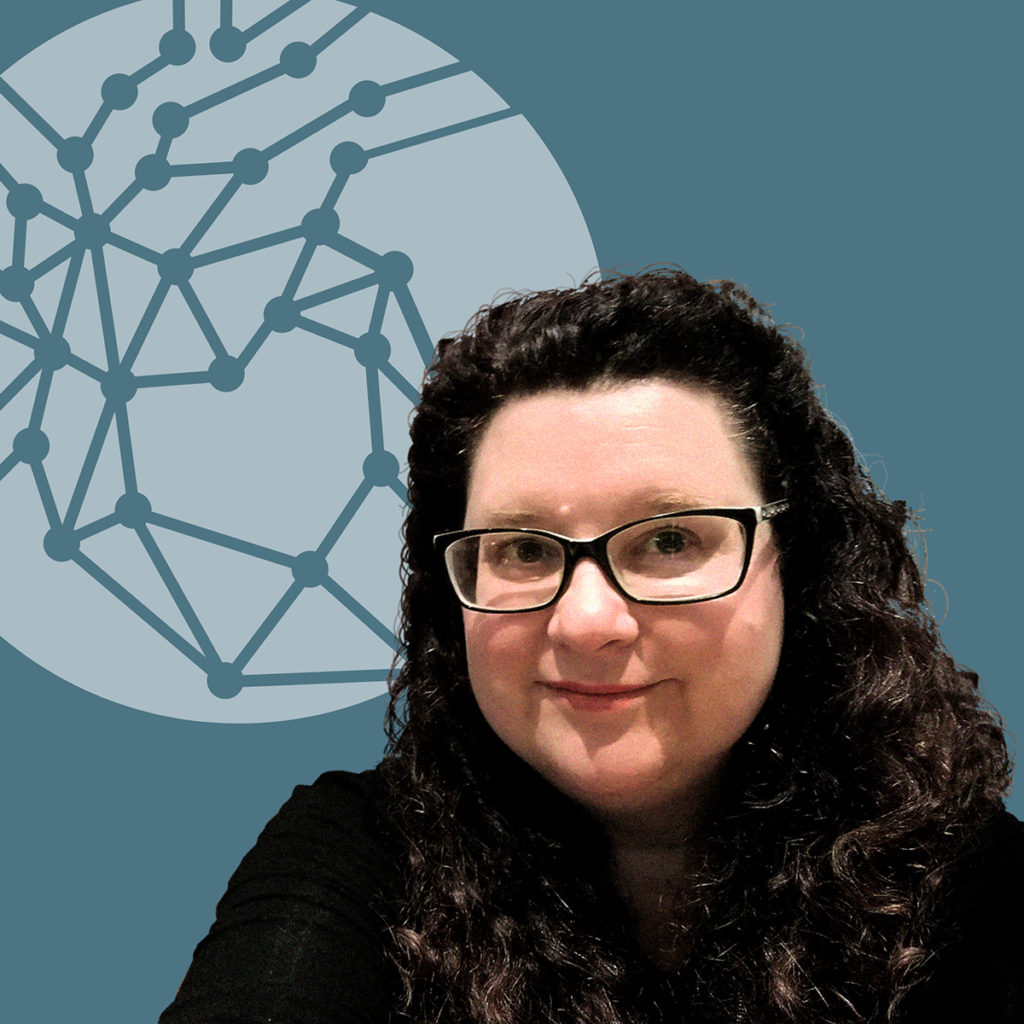 Kat Dodds  is CEO and founding partner of Cool.World platform. Among her many impact production hats, she was part of the grassroots outreach for Bevel Up in 2008, and has also been working in the area of harm reduction, and health equity for over two decades in the areas of HIV, Hep C, sexual health and in solidarity with Indigenous and  LGBTQ2S people and projects with a focus on anti-stigma work and justice. In addition she and her team created the “Toward The Heart” brand and website for the BCCDC Harm Reduction Services as well as many naloxone resources and training videos. Co-founder also of Drawing Wisdom (with Jada-Gabrielle Pape, Saanich and Snuneymuxw Nations). The Team has made numerous health and healing related videos including “HIV:Healing Inner Voices” which will be part of our next webinar, and the upcoming “Down Town Stories” which looks at stories of community in the DTES. Drawing Wisdom projects focus on stories of strength and love with a focus on decolonization and centering  Indigenous voices and the need for reciprocity and #LandBack.