It’s over but you can still watch the recorded discussion.

Move to Amend is hosting a virtual panel discussion with the creators of The New Corporation film and organizers in the fight against corporate rule. View the film online anytime the week before the panel.

September  17th is annually recognized as Constitution Day in the United States and, as usual, Move to Amend is talking about the corporate hijacking and weaponization of the Constitution. But this year 1 is something a little different.

September 17th, 2021 marks ten years since the first gathering of the Occupy Movement and we’re taking the opportunity to open up viewing of “The New Corporation: The Unfortunately Necessary Sequel”.

As part of the #1000 Screenings movement, we’re hosting a virtual  viewing of The New Corporation which you can watch online anytime the week before the event.  The film will be complemented by a virtual panel and discussion with some of the creators of the film and some of the organizers in the fight against corporate rule.

Since Occupy, organizers have been working in organizations and coalitions towards realizing the demands of the movement. But in the last ten years giant corporations have continued to commandeer the law and constitution for profit. Join us to reflect on the last decade of fighting corporate power and organizing toward the demands of the Occupy Movement.

Formed in September 2009, Move to Amend is a coalition of hundreds of organizations and hundreds of thousands of individuals committed to social and economic justice, ending corporate rule, and building a vibrant democracy that is genuinely accountable to the people, not corporate interests.

We are calling for the #WeThePeopleAmendment to the US Constitution that unequivocally states that inalienable rights belong to human beings only, and that money is not a form of protected free speech under the First Amendment and can be regulated in political campaigns. 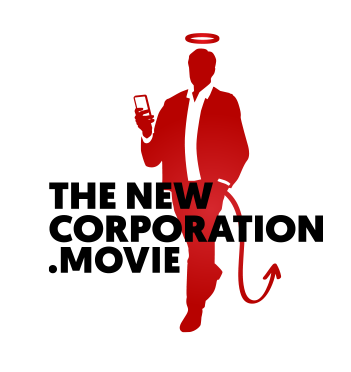 Imagine #1000 screenings of The New Corporation hosted by changemakers, educators and organisers. #1000 dialogue sessions to talk about Climate, Racial and Economic Justice, connecting the dots between Colonialism, Capitalism and Corporations. Imagine what digital organizing and digital democracy would look like if we the people had our say. A million engaged people, all ready to take action! That is our vision. Join us!

Host Your Own Screening